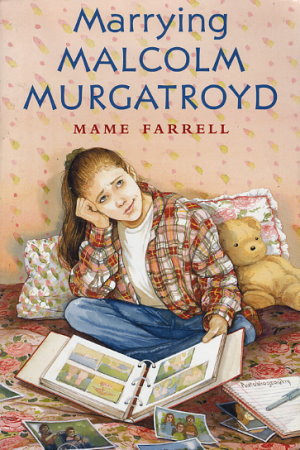 "A late bloomer," my mom called Malcolm. What I wanted to know was, how late? When was he going to bloom, and into what?

Hannah dreads her school autobiographical writing project; she doesn't want to admit that the biggest nerd in sixth grade, Malcolm Murgatroyd, is a long-time family friend and best friend to her brother, who has muscular dystrophy. Without sentimentality, Farrell depicts Hannah's struggle to fit in at school while still embracing the things most important to her.