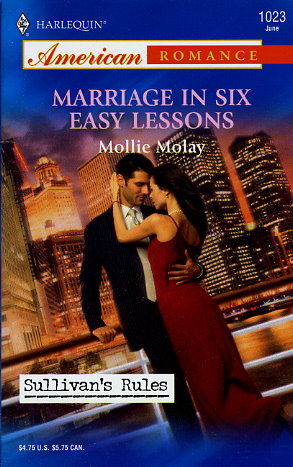 He Has Six Rules About Marriage

Lucas Sullivan is a sociologist who's come up with a set of rules that, in his opinion, will guarantee a happy marriage. Unfortunately, April Morgan, his editor, sees things quite differently.

She Has Six Lessons To Teach Him -- About Life, Love And Marriage

April considers Sullivan's rules biased, out of touch and out of date. In her opinion, Sullivan has no idea how real men and women think, act or feel. So April sets out to show him... and in the process discovers that there's another side to Lucas Sullivan.

This other Lucas is a man who doesn't always follow his own rules. A man who's a quick learner, too -- when April Morgan's doing the teaching!
Reviews from Goodreads.com