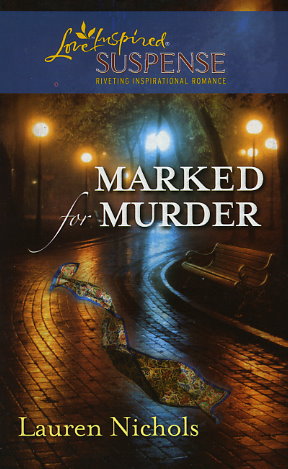 THE GOLD STAR SERIAL KILLER IS BACK...

And this time, ex-cop or not, private investigator Cole Blackburn isn't letting the psychopath get away with murder. Two years ago the case cost him his job and the love of Margo McBride, his former fiancee. But when Cole returns to the small town to solve the case and move on with his life, Margo is the new chief of police. She claims she doesn't need his help. Until the killer sends her a chilling note and Margo is marked for murder. Cole won't let anything -- or anyone -- make him lose her again.
Reviews from Goodreads.com

Margo and Cole worked together on a case involving the murder of two young girls. When Cole didn't agree with the way the Chief was handling the case, they came to blows. Cole lost his job and was blackballed from area towns, and he lost his fiancee. Now he's back when another murder is appointed. Margo is the acting chief after her boss died from a massive heart attack.

The tension is still between the two. They are still very attracted to each other and find themselves in lip-lock several times when they should be working together to solve the case. Things get a lot worse before they get better. The suspense is good. Though I suspected the person, I wasn't at all sure and found myself suspecting several others. The author did a good job keeping me reading.

The romance was okay for a suspense book. I really enjoyed how it all played out in the end...