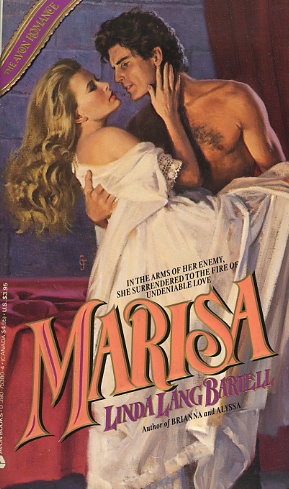 BELOVED ENEMY
Marisa de Brionne listened in stunned disbelief. Her father, a mighty Norman nobleman, had promised her hand to a knight of the defeated Anglo-Saxon armies. Brand Ericson was marrying only to secure his land -- wedding a spoiled and willful beauty he knew would make his life a living hell.

Thrust into a union fraught with tension, both resolved to keep a cool distance. But in the majestic splendor of Brand's homeland, Marisa was irresistibly drawn to the stranger who was her husband, and the sweet longing that shone in her eyes ignited the fierce passion Brand had too long denied. Yet, besieged by demons from the past and treachery in their midst, love became their battlefield... and their final victory the ecstasy of surrender.