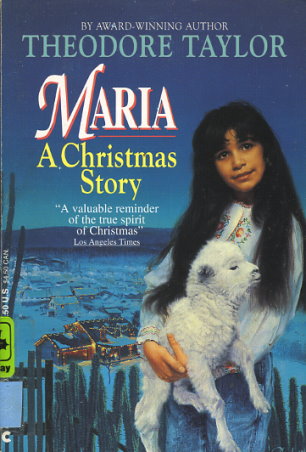 A CHRISTMAS STORY
Eleven-year-old Maria Gonzaga didn't know what compelled her to do such a foolish thing. She knew her father would be furious. Yet at that moment, the only thing that mattered was that she was entering her family in the big float competition and making them a part of the annual village Christmas celebration. Never before had any of the poor Mexican-American farm families taken part in the parade of giant floats. Only the wealthy ranchers could afford the thousands of dollars it cost to create them. This year would be different. The Gonzaga float would be a source of pride for all Mexican-Americans.

Maria had no idea how her poor family could possibly make a float as beautiful as the others, but she knew they had to. Little did she imagine that it would be her own last minute inspiration that would steal the show...and become a tradition celebrated each year at Christmas in the little village of San Lazaro, California.
Reviews from Goodreads.com