Marco Polo, If You Can — William F. Buckley Jr. 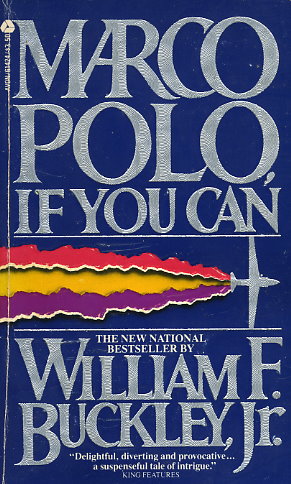 BLACKFORD OAKES IS BACK AND KHRUSHCHEV'S GOT HIM
Blacky's on death row in Lubyanka prison. How did the intrepid Cold Warrior land in such a scrape? In a U-2 spy plane.

OPERATION TANGO: Blackford was two-timing his steady with a Vassar vamp. Khrushchev was drinking too much vodka at Camp David. Ike got wind of a high-level leak. The FBI and CIA went hunting for a KGB mole. And Blackford was called in from the cold ... for a U-2 spy-in-the-sky suicide mission.

MISSION MARCO POLO: Can Blackford escape a double agent's double-cross behind the Iron Curtain? Can he feed the Russians enough bad information to leave a sour taste between Khrushchev and Mao? Can the CIA retrieve their golden boy from a Moscow jail? 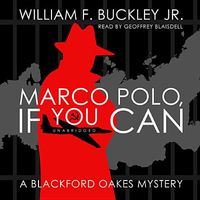