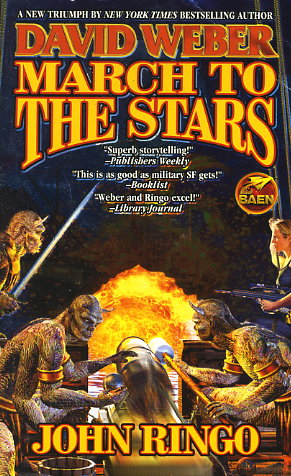 ANOTHER SUNNY DAY ON MARDUK .

Roger Ramius Sergei Alexander Chiang MacClintock has had a really bad year.
Bad enough to be the spoiled rotten fop of a prince sent off on a meaningless diplomatic mission, simply to get you out from underfoot. Worse yet to be marooned on a hell-hole planet while you and your bodyguard of Marines fight your way through carnivorous beasts and murderous natives to the only starport . . . which is controlled by the Empire's worst enemies. Worst of all to have discovered that you were born to be a warrior prince. A warrior prince who wants to have a few choice words with your Lady Mother, the Empress of Man.

But to have them, you, your surviving Marines, and your Mardukan allies must cross a demon-haunted ocean, seize a heavily defended spaceport and hijack a starship to take you home.

Yet what neither Roger, nor his Marines and allies know is that the battle to leave Marduk is only the beginning. But that's all right. Because the Galaxy is about to receive a fresh proof of an old truism:

You don't mess with a MacClintock.
Reviews from Goodreads.com 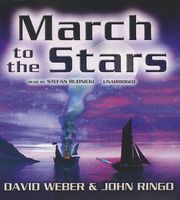