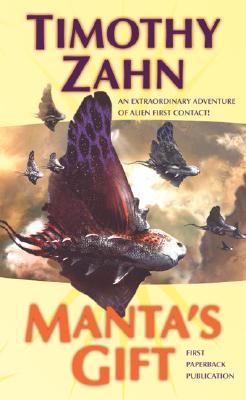 Matt Raimey had his whole life ahead of him when fate got in the One moment he was skiing down a tricky slope, the next he was fl on his back, paralyzed.

His girlfriend left him, and his anger at the unfairness of it all dr away all of his friends. Then Jakob Faraday of the Jupiter project cam to ask if he'd like to go to Jupiter to be our emissary to the Qa the huge sentient creatures Faraday had discovered in Jupiter's atmosphere, by becoming one of them.

Be some kind of a freak halfway across the solar system No way.

Then Matt considered his one alternative: spending the rest {,i his life staring up at the ceiling. So he went to Jupiter... and begat a strange adventure that opened up his eyes to the wonder of a completely alien existence.

But Earth's ruling Five Hundred then decided he had to spy on new "family"... and Matt knew that there'd be trouble for him and the Qanska. There's only one way to avert a disaster that could wip out the, entire race, and it all depends on him ...
Reviews from Goodreads.com