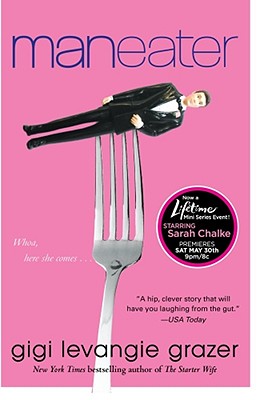 At twenty-eight (thirty-one), she is blessed with a firm (if curvaceous) bod, a designer wardrobe, a daddy-subsidized apartment, and an A-list speed-dial.

But with her thirty-second birthday looming, our heroine is starting to panic. Who on earth (Hollywood) could possibly make Clarissa Alpert an honest woman? Enter Aaron Mason, the latest, hottest new producer in town. From the moment Clarissa sees him, she sets her sights on making him the future "Mr. Alpert." With the eager help of her vivacious (if neurotic) friends, her aerobicized Latina mother, her philandering but loving ex-con father, and the most divine gay waiter in Hollywood, Clarissa finds herself phoning the florist to the stars (his private line) and planning the biggest wedding the town has seen in years -- even before the couple's first date. Catching Aaron's eye is not a problem. But it seems her intended might have his own agenda. Could Clarissa have finally bitten off more than she can chew?