Man With a Falcon — Caroline Martin 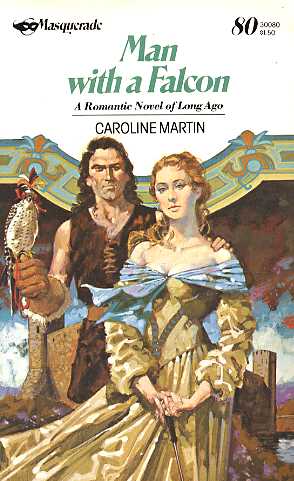 They said he was in league with the Devil!

Richenda shivered at the thought. Lord Devenish, a commander in the enemy Royalist army, was known for his cruelty and senseless plundering, his looting and burning of all that lay in his path.

And now he was encamped with his troops on a hill outside Richenda's home. Would her castle stronghold with its deep moat, precipitous wall and alert guards be enough to keep the Royalists at bay?

If only Daniel were there to protect her, Richenda thought over and over. But he was not. And Richenda was afraid.
Reviews from Goodreads.com