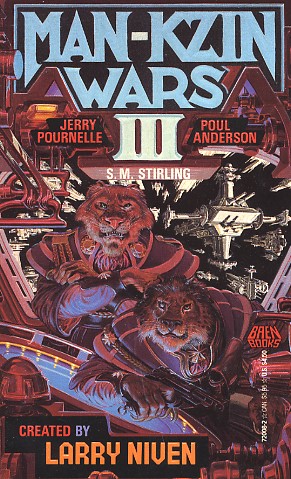 IT'S HOWLING TIME IN KNOWN SPACE

Those war-crazed fur-balls from the planet Kzin just won't give up, even though the canny pseudo-pacifists from Planet Earth cut through the Kzinti like a laser through catmeat (once the humans rediscovered old technologies and old instincts that never quite bred out). The ferocious Kzinti never seemed to be able to come up with a more complicated strategy than "Scream and Leap:'

But after three hard-fought wars, a few of the powerful pussycats have learned from their foes. Now, they are ready, and all that stands between freedom and a feline-filled universe is the human race. Good luck, monkey-boys.
Reviews from Goodreads.com