Man in a Million — Darlene Scalera 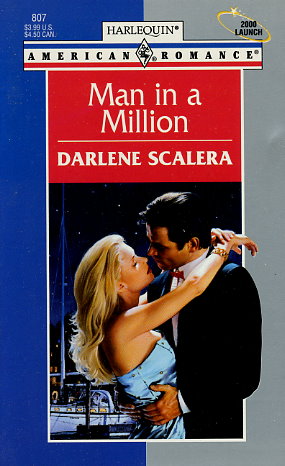 The fate of the Tremont family empire rests in the ands of one woman, one man... and the negotiation of -- a marriage contract

Cohn Tremont had a pressing need for a wife and child. Aimee Rose had been offered one million dollars to be the blushing bride. And while they each had their agendas--falling in love wasn't on the list.

Aimee couldn't figure out if the marriage proposal was the ultimate offer ...or insult. Colin exuded masculinity with compelling confidence. His gaze alone could spark a wildfire within her. When he took her in his arms he branded her with searing passion. And he spoke words of love to her as if he meant them. But could she ever believe his commitment when marriage for him was a must?
Reviews from Goodreads.com