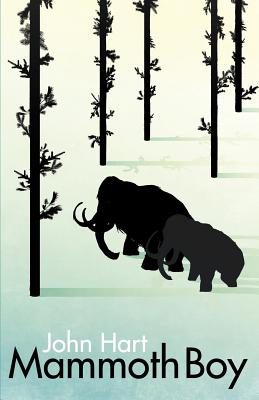 
It's around 15,000-12,000 BC, the Late Stone Age, and an orphan boy is surviving on the fringes of a hunters' camp. A passion to find mammoths has been ignited in him by Old Mother, the ancient crone who guards the camp fire and cares for him. In his travels to find the mammoths, he is adopted by a mysterious hunchback, Agaratz, who lives alone in a cave and is perhaps the last of a vanished people. Urrell learns survival and instinct as a stone-age hunter as well as gaining insight into the meaning of the cave paintings of deer, bison, mammoths and other creatures. The story culminates in a long journey to the Great Meet of the Clan Groups where rites de passage are held in caves, goods traded and mates secured. Time sometimes slips, and when the powers that Agaratz holds are transferred to Urrell, they will be a match for those of the leader of the rites, the horned shaman and his acolytes. But who will win? Mammoth Boy recreates the semi-magical world of the cave paintings seen through the mind of a boy growing into manhood. It was inspired by an archaelogical course in Spain and will appeal to young adults interested in archaeology and recreative pre-historical fiction.