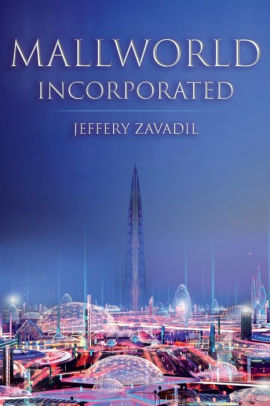 Share:
After the environment collapses, humanity lives in a sealed, luxury shopping mall a thousand miles across. It might seem like a paradise, but the Executives, Mallworld's greedy oligarchs, subjugate the people through overwork, overconsumption, and bloody spectacles. In this book that explores political theory through a fictional dystopian world, Mallworld, Incorporated tries to answer the question: "How can we build a better world when society shapes our very individuality to exploit us?"When everyman Jime Galilei witnesses a death in Mallworld's violent arena games, he rejects his society's bread-and-circus consumerism and escapes the Mall to seek out deep human connection in a real community. But no one remains in the desolate world outside, so Jime unites with labor organizer Samantha Gomprez and a diverse cast of hopeful, determined characters to found a new political movement. They call it "ReBound," and seek to rise up from capitalism's dark age by promoting democratic socialism, communitarianism, and environmentalism while standing up for the marginalized and oppressed. As ReBound campaigns to win an election, the Executives resort to fear tactics to maintain control, dehumanizing the working class who live on the Mall's fringes and agitating fears of immigration, crime, and chaos. The election hangs by a thread―can ReBound's progressive vision win the day, and its members begin the long task of rescuing democracy and restoring a green Earth?A dystopia for the 21st century, Mallworld, Incorporated tells the story of a future struggle for democracy in order to contemplate the political ideas that can reverse our democratic and environmental crisis today. It follows in the tradition of 1984, Brave New World, and Ecotopia, but affirms an empowering vision of a world devoted to "coexaltation"―mutual elevation rather than exploitation―that aims to inspire progressives and others dismayed at the current direction of our society.