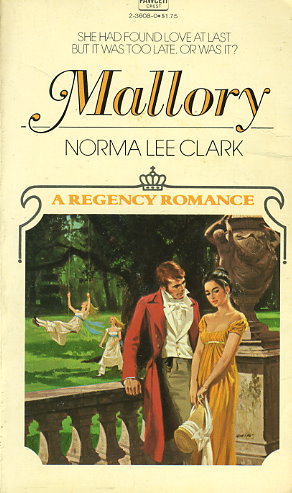 Lovely, dark-haired Mallory Tolgarth was only a few years older than her two young charges. Shed been hired by letter by their brother, wealthy Charles Portman. Mr. Portman had neglected to tell her that the girls were twins.

They were an impossible pair, mischievous, hoydenish, totally uncontrollable. Mallory was shocked that Mr. Portman had allowed them to grow up so unsuitably. And she told him so. To his face.

She also found herself wildly attracted to this cool young man who was quick to announce his engagement to a well-known beauty Mallory hated on sight.

She did not dare do what her heart urged her. But there had to be a way. There just had to be!
Reviews from Goodreads.com