Making a Noise in This World — Charles de Lint 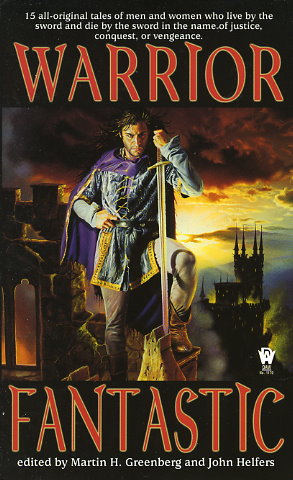 In the modern-day world where enemies are often nameless, faceless, and all-powerful, many people long for simpler times when the nature of good and evil was obvious -- an age when great heroes and heroines arose to fight battles that could be won by-skill and wit and strength. Now some of the genre's top weavers of tales take you to such times and places to share in the challenges and victories to be found in WARRIOR FANTASTIC.

From an old arms master hired by the Sheriff of Nottingham to teach him how to best Robin Hood...to a betrayal of hospitality that would see blood flowing more freely than wine... to a band of warriors who attacked on four legs rather than two...here are stories of both legendary warriors and of mighty heroes drawn entirely from the imagination. All of them are memorable adventures that will have you cheering for these magnificent champions as they rescue the downtrodden and mete out justice.
Reviews from Goodreads.com