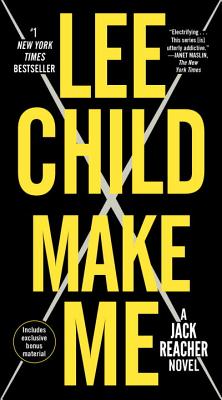 "Why is this town called Mother's Rest?" That's all Reacher wants to know. But no one will tell him. It's a tiny place hidden in a thousand square miles of wheat fields, with a railroad stop, and sullen and watchful people, and a worried woman named Michelle Chang, who mistakes him for someone else: her missing partner in a private investigation she thinks must have started small and then turned lethal.

Reacher has no particular place to go, and all the time in the world to get there, and there's something about Chang. . .so he teams up with her and starts to ask around. He thinks: How bad can this thing be? But before long he's plunged into a desperate race through LA, Chicago, Phoenix, and San Francisco, and through the hidden parts of the internet, up against thugs and assassins every step of the way -- right back to where he started, in Mother's Rest, where he must confront the worst nightmare he could imagine.

Walking away would have been easier. But as always, Reacher's rule is: If you want me to stop, you're going to have to make me.
Reviews from Goodreads.com

I'm a huge Jack Reacher fan and have read all the books in the series. I love big, laconic Jack Reacher and I love how he tries to help the little guy. I love how masterful he is at planning strategic moves and I love how he's a rolling stone with no permanent residence. He is all of those things in this book, but the premise behind the threat was too depraved for my taste. That's why 4 stars instead of 5. Child has crafted a good plot around his astonishing premise and that is what kept me reading frantically until the end. It all starts around a lonely little town with the name of Mother's Rest. Reacher gets off the train to Chicago to explore where this strange name came from and he steps right into a rat's nest of intrigue and a whole batch of really bad guys. He also meets an ex-FBI agent by the name of Michelle Chang who is searching for a colleague of hers whose last known sighting was at Mother's Rest. The two of them join forces and set out to unravel the mystery of Chang's colleagues disappearance and find themselves right in the middle of a fight for their lives. Good plotting, lots of tension and a nice chemistry between Chang and Reacher make the book very exciting up to the end. But the end is so shocking that it took away a little of the enjoyment of this wild ride of a thriller. 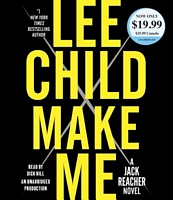 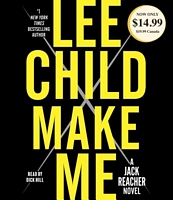