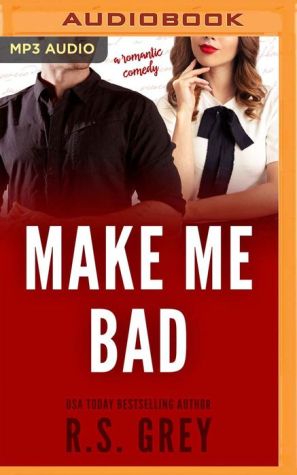 Share:
I was issued a warning: stay away from Ben Rosenberg.

As Clifton Cove's resident "king", he thinks he's entitled to anyone and anything.

The trouble is, I've spent my whole life following the rules and playing it safe. I know what it feels like to be the good girl. I'm the police chief's daughter and a librarian - for adorable children, no less.

An all-nighter with a fictional hunk is about as exciting as my life gets until one day, fate decides to take pity on me and shove me straight into the path of Mr. Off-Limits himself.

Just as I suspected, every inch of him promises to be my demise. Up close, he's tall, menacing - a lawyer who looks like he'll bite. A well-behaved girl would do as she's told and avoid him at all costs, but I'm overdue for a little rebellion.

So, I ignore the warning and throw caution to the wind. But Ben doesn't just nudge me out of my comfort zone - he thrusts me into a dark corner and presses his hard body against mine, covering my mouth with his hand to ensure we don't get caught sneaking around. In that moment, I finally understand why everyone thinks he's going to ruin me.

To him, this is all a game. He wants to tempt me with his dares and taunt me with his words. I should play along. After all, I asked him to make me bad. I just never thought he'd take his job quite so seriously....