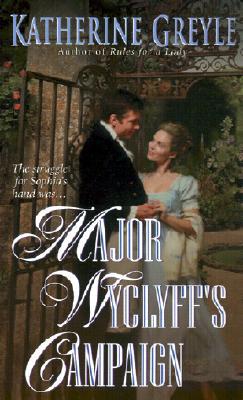 Pity, plain and simple, makes Sophia accept the offer of marriage from the dying Major Anthony Wyclyff. He is wildly handsome, but nothing will overcome her happiness at being ""shelved. Then the blasted man recovers! Not that she wishes anyone ill, but Sophia expected to bury the earl's son along with all her childish hopes and dreams--not tumble with him in the dirt. He is resolved to claim his bride, though, and he forces her into a strategic retreat, to act in ways she never dreamed. His flanking attack brings him closer than ever--into her manor, her parlor, her bedroom--and the infuriating officer wagers he'll have terms of surrender within the month! Yet when his fiery kiss saps her defenses, Sophia swears the only terms she'll hear are those of love.
Reviews from Goodreads.com