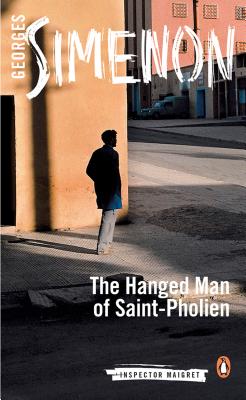 Inspector Maigret finds himself tangled up in a dreadful death, in Georges Simenon's haunting tale about the lengths to which people will go to escape from guilt

While in Brussels on police business, Inspector Jules Maigret witnesses a strange act: a scruffy-looking man counts out a large amount of currency and mails it to a Paris address. His instincts tell him there is more to this moment than meets the eye, and following an impulse, Maigret boards the man's train, following him to Germany via Amsterdam. But in the course of his investigation, something goes horribly awry, and the man ends up dead.

Maigret is devastated by the inadvertent role he played, but his own remorse is overshadowed by the discovery of the sordid events that drove the desperate man to the edge. In The Hanged Man of Saint-Pholien, Georges Simenon examines the terrible weight guilt can place on a man's conscience and the tragedies that can result when that weight gets to be too heavy to bear.
Reviews from Goodreads.com