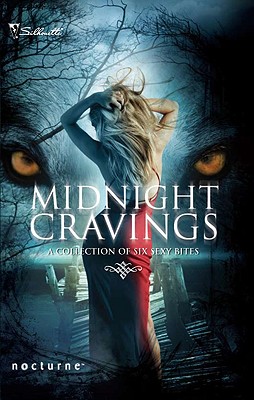 Under the cover of night exists the dark and sensuous world of Midnight Cravings -- a world conjured up in six seductive tales of paranormal passion. Follow some of the genre's best writers, including Michele Hauf, Karen Whiddon and Lori Devoti, on a mesmerizing journey where the extraordinary comes breathtakingly close with every turn of the page.

So, please, come on in. The first bite won't hurt, and it's likely that you will crave another...and another...and...

She was a tough-as-nails cop, all business and always in conrol. But Mahina Garner was also lycan, with strength, speed...and a powerful primitave nature. So when she was barely missed by a silver bullet during a raid she led, it ate at her confidence and disturbed her peace of mind. Only was it the near brush with death that so unnerved her, or the fact that she'd been saved by Ren Calder?

Mahina had always preferred her relationships uncomplicated, temporary and lightweight. But Ren stirred something in her that made her seriously uncomfortable. Determined to get him out of her system, she escaped into the night and into her wolf form, to quiet the turmoil within her. So she was surprised...and surprisingly thrilled...to find Ren following her, equally determined to make her his own.