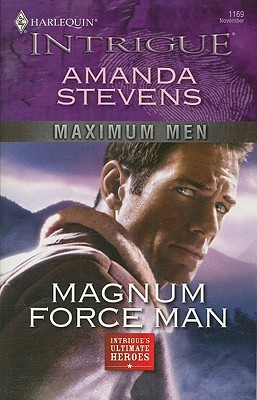 TEST SUBJECT: JACK MADDOX
ABILITY: PRECOGNITION
WEAKNESS: CLAUDIA REYNOLDS, THE ONE WOMAN HE WOULD RISK HIS LIFE TO SAVE

He had little memory of who he was or where he'd been, but the images that kept flashing through his mind meant computer genius Claudia Reynolds was headed for danger and only Jack Maddox could rescue her. Although they'd technically met before, it wasn't until the bullets started to fly that the blond beauty was convinced to follow him through the remote South Dakota woods...far from the mysterious facility that Jack had once called home. Now, as Jack sensed they were closing in on answers too many people had died covering up, the long-forgotten pain buried deep in his past proved their connection was the only thing he could rely on. And the only thing keeping Claudia alive.
Reviews from Goodreads.com