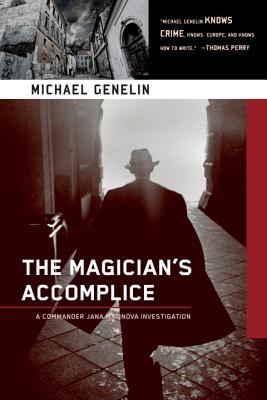 Share:
An indigent student has been shot and killed in an upscale hotel in the center of Bratislava. It appears to be a professional assassination, but who would want to kill a starving student? After examining the crime scene, Jana Matinova pays a visit to her lover, a government prosecutor. But when she arrives at his office, she learns that he's been killed by a phone bomb. Jana is devastated but determined to find his murderer.

Professional killings aren't common in Bratislava. Could the two deaths be connected? Before Jana can even begin investigating, she is transferred to The Hague, headquarters of the international police force of Europol. On the flight, she encounters a retired magician who turns out to be the dead student's uncle. He wants to help Jana investigate his nephew's death. And his help is needed, as Jana is soon confronted with an international conspiracy emanating from Europol itself.