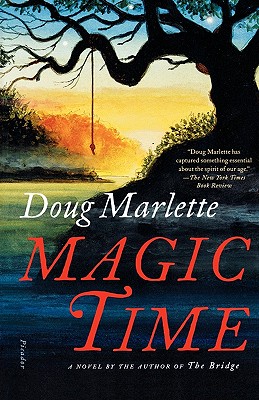 Moving between New York City and the New South of the early 1990s, with flashbacks to Mississippi's cataclysmic Freedom Summer of 1964, Magic Time tells the story of New York newspaper columnist Carter Ransom, a son of Mississippi, who had the great fortune and terrible luck of falling in love that summer of '64 with a New York -- born civil rights worker who wound up being killed alongside three coworkers. Carter's father, the local judge, presided over the first trial of the murders. But now there's evidence that the original trial was flawed, even fraudulent. And the question, among many others, is whether the good judge was knowingly involved in a cover-up.
Reviews from Goodreads.com