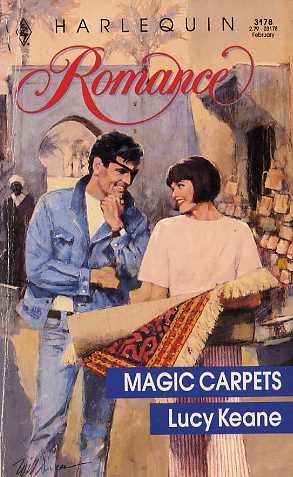 His piratical eye patch, combined with the mysterious crates in his car, suggested he was involved in more sinister dealings than the buying and selling of carpets.

But Zelda had to accept his help - after all, they were both stranded in the middle of the Syrian desert. She'd just have to keep her wits about her, even if it meant ignoring the growing physical attraction between them.

Because Zelda was sure of only one thing - Aram wanted more from her than just her precious carpet.
Reviews from Goodreads.com