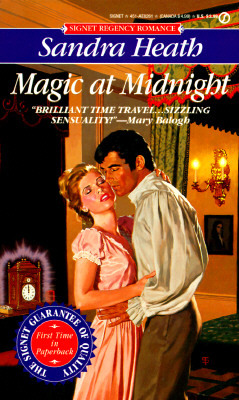 At first she could not believe it. She was not longer Kathryn Vansommeren, a twentieth-century career woman trapped in a troubled marriage. INstead she was Rosaline, a Regency beauty torn between her husband, the cold but compellingly commanding Sir Dane Marchwood, and handsome,adoring, Thomas Denham, who begged her to break her marriage vows. Common sense told her she could not have plunged back through time to find herself in this tangle of Regency romance and deception. But when Denham took her into his arms and whispered his pleas to her, and when Sir Dane showed her passion's power at its dizzying, dazzling peak, her senses could not deny what her heart knew was true.
Reviews from Goodreads.com