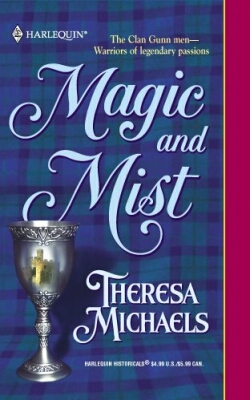 Or so his clan surmised. What else but ensorcellment could compel their stalwart warrior to leave the Highlands and go a-questing with a mysterious Druidess? But Davey knew his fate and his heart were forever entwined with Meredith of Cambria, the woman who'd placed her healing kiss upon his beleaguered soul...!

'Twould mean death to the dreams of Meredith's people. No, Davey had been chosen only to help her reclaim four ancient prizes of power. But, she suspected, the power of that oldest of magics -- true love -- could not long be denied...!
Reviews from Goodreads.com