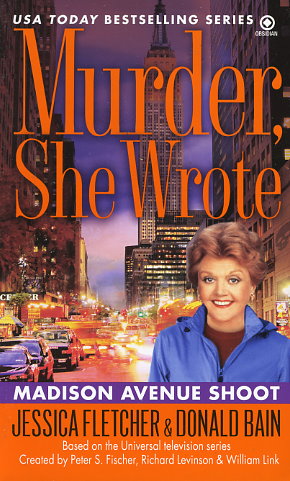 DON'T LEAVE HOME WITHOUT IT.
When Jessica Fletcher's favorite nephew, Grady, asks her to visit him in New York City, she's happy to reunite. But Jessica quickly realizes that there's more to Grady's invitation than just family ties. He's working for a big-time production firm that is creating commercials for an international credit card, and he has proposed that Jessica star in one. With Grady's assurances -- and her agent's nudging -- she agrees.

So it's lights, camera, action...and the action doesn't stop for Jessica when the camera cuts. One of the most creative, ambitious, and despised bigwigs is found murdered on the set, and there's a long list of suspects with a motive. And Jessica soon finds herself not just a witness in a murder case -- but the only one who can uncover the killer.
Reviews from Goodreads.com