Made for Each Other — M.E. Cooper 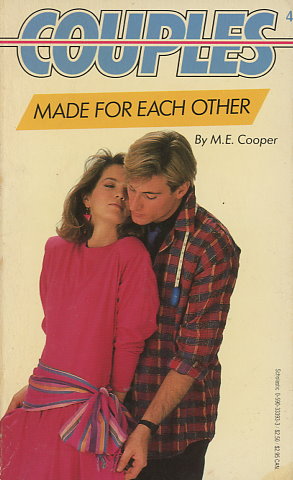 A perfect fit...
Janie Barstow knows that underneath her own shy exterior, there's a bright, funny girl just waiting to be discovered. But so far Janie's attempts to fit in at Kennedy High have led from one disaster to another.

Henry Braverman is an artist and a loner. His father, a football coach, would never approve of Henry's plans to be a fashion designer. So he quietly pursues his dream in secret.

When Janie stumbles upon Henry at work, she's sure she's headed for another disaster. Henry's afraid Janie might reveal his secret. Can Janie and Henry put aside their shyness long enough to fall in love?