Made for Breaking — Lauren Gilley 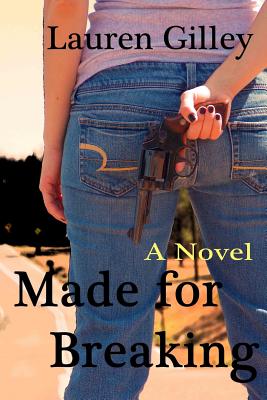 When she was nineteen, Lisa Russell’s life turned upside down…and kept turning. Now, at twenty-four, she’s a bartender, a receptionist, and too jaded for her own good. An only child, she’s served as daughter and son to her father, tagging along with his mechanics and security contractors. She tests his rules and his patience, absolutely fearless…until someone from her father’s past reaches out to deliver a mysterious threat. With bouquets of flowers, and a strange note, a killer with a bone to pick brings a terror to her world she’s never known.Prize fighter Drew Forester knows only two things: that he’s good in the ring, and that he’s instantly attracted to his new boss’s daughter. He’s been charged with tailing Lisa Russell, keeping her safe, and keeping his hands to himself. It’s a tall order, though, because Lisa takes too many risks – and because it’s not just about the job anymore. It’s about the girl.
Reviews from Goodreads.com