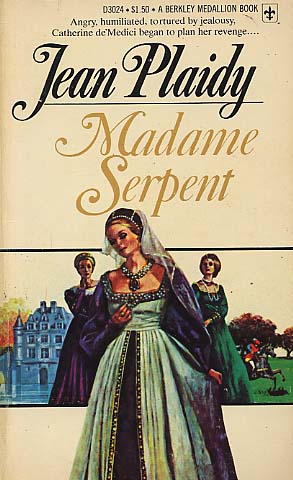 The Transition of Innocent Girl Into Sinister Consort

Sullen-eyed and broken hearted, fourteen-year-old Catherine de'Medici rode into France. Behind her and before her rode the nobility of Italy. She was to marry Henry of Orleans, second son of the King.

Amid the glittering fetes, masques, jousts and banquets of the most immoral court in sixteenth-century Europe, the reluctant bride became a passionate but unwanted wife.

Slowly, methodically, sparked by humiliation and jealousy as she secretly spied on Henry's lovemaking, Catherine plotted her revenge--a revenge that would change the destiny of Europe....
Reviews from Goodreads.com