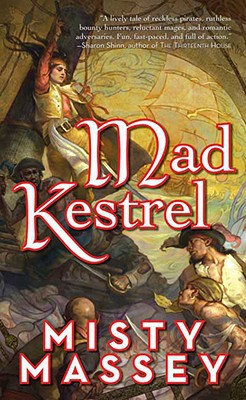 Quartermaster of an infamous pirate ship, feisty Kestrel loves the freedom of living on the seas. But her way of life could end if anyone on board learns her closely guarded secret--that she has magical control over the wind.

One day a black ship appears, and her life changes. Its captain is a handsome rogue of whom Kestrel is strangely, constantly aware. When Kestrel's captain is led into a trap and arrested by royal agents, he's whisked away to face trial before the king. With the handsome stranger following her every move, Kestrel gathers her determined crew and sets sail in relentless pursuit.
Reviews from Goodreads.com