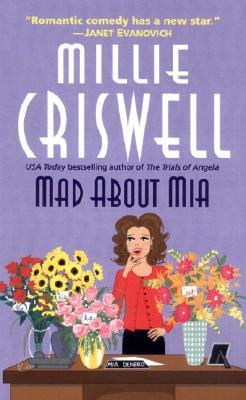 It might be hard to picture impish Mia DeNero as a bodyguard, but what she lacks in size she makes up for in determination. So when straight-laced Nick Caruso walks into her office and says he needs protection from the mob because of a book he's writing, she doesn't hesitate to take the job. Moving the studious author into her apartment seems like the best way to protect him from shady characters. But soon after he's settled in, the thick, nerdy glasses come off and Mia starts wondering who's going to protect her from this irresistible new client?

Posing as a geeky author on the run from the mob is making FBI agent Nick Caruso crazy. But if it will help him shut down a money laundering operation out of Little Italy, he can ignore the wimp jokes for a little while longer. It's harder to ignore the sassy woman he hired to be his "bodyguard." There are a number of things he'd like Mia to do to his body, and guarding it isn't on the list. As things heat up--on the job and in the apartment--Nick begins to see he's in danger of losing his heart to the woman he's deceived, and who is determined to save his life. . . .
Reviews from Goodreads.com