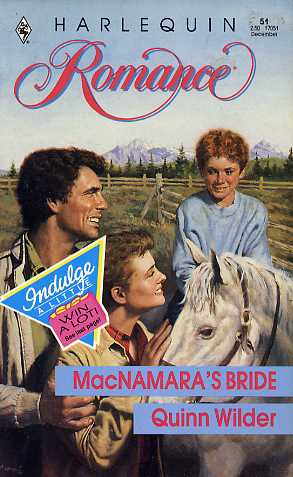 And ideal for Rae's purpose. Concealing her identity as a journalist writing an article on mail-order brides, she set off for Calgary to meet Galen MacNamara.

It was just research, she told herself. Anyway, she no longer believed in love--so her heart was quite safe. When she reached the farm, however, all her preconceived notions were shattered.

Galen was certainly handsome, as the ad said--but also arrogant and insufferably rude. His son, Billy, was the charmer, and Billy had plans of his own!
Reviews from Goodreads.com