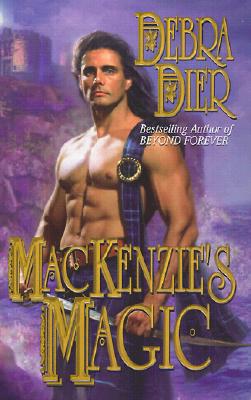 Jane was too practical to believe in wishing on a star. But after she was forced to marry Dominic Stanbridge--the most notorious rake in London--she would try just about anything to find the true love she had read of in her romances. Steeling herself against the scoundrel's wiles, she promised to thwart his attempts at seduction. Yet nothing could have prepared her for her husband's abrupt about face the morning after their wedding.

Suddenly the city's fashion plate is running about clad in only his silk robe, speaking in a strange Scottish accent, and claiming to have never seen a fork. Jane can't possibly believe what he says: that he is Colin MacKenzie, a Scottish earl who lived 300 years ago. Nor can she believe the spine-tingling attraction she feels for the man she has sworn to hate. But then, Jane never believed she could be bewitched, and suddenly she is at the mercy of ... MacKenzie's magic.
Reviews from Goodreads.com