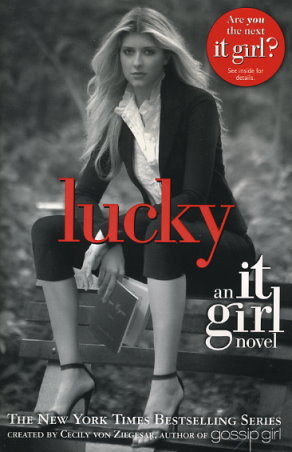 Share:
EVERY GIRL DREAMS ABOUT IT.
SOME JUST HAVE IT.
HOW FAR WILL ONE GIRL GO TO BECOME... the it girl

Jenny Humphrey has attended some crazy parties at Waverly Academy, but none as hot as the bash at Miller farm, where the barn went up in flames. Literally. So when Dean Marymount announces that someone is going to be expelled, it's every owl for him -- and herself.

Tensions are rising, rumors are flying, and pretty soon everyone is a suspect. Jenny is worried about her adorable, shaggy-haired new crush, Julian, whose lighter was found at the scene of the crime. Callie is afraid she and Easy will both get kicked out, because they were in the barn -- together -- when it caught fire. And Tinsley knows she'll take the heat for organizing the wild party in the first place. Luckily she's come up with a way to keep from getting in trouble: by blaming Jenny. Of course.

After all, Waverly's girls always fight fire with fire. But watch out, ladies-in a battle like this, someone's bound to get burned.