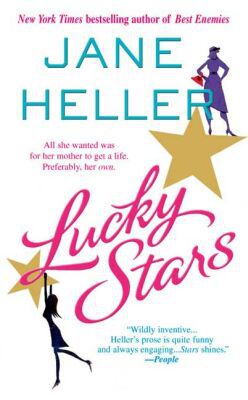 Share:
WHAT A GOOD GIRL WANTS.
Aspiring actress Stacey Reiser went to Hollywood for two reasons: the Big Break, and the even Bigger Break from her meddlesome, widowed mother, Helen. Who would've guessed that all five-foot-two inches of pure aggravation would follow her there--and get a nicer apartment and a rich boyfriend named Victor to boot?

WHAT A GOOD GIRL GETS.
Now, as the result of a complaint letter, Helen ascends from cranky consumer advocate to darling of the talk show circuit. With her career in high gear, it's Stacey's that sinks into oblivion after a bad review from insufferable film critic Jack Rawlins (who has the gall to be as handsome as he is arrogant!).

WHAT A GOOD GIRL DESERVES.
Then Stacey discovers Victor's shady past. Now, between getting her own life back on track, thanks to a red-hot romance with Jack Rawlins himself, and convincing her mother that Victor is bad--possibly dangerous--news, Stacey discovers that fame and fortune are elusive at best, but at least love could still be in the stars.