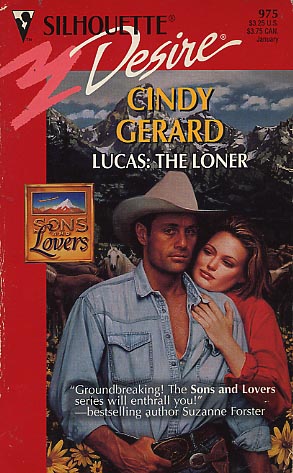 Lucas Caldwell knew Kelsey Gates was trouble! The loner cowboy sensed the bigcity reporter had gotten wind of his lifelong secret, but the red-haired spitfire claimed she wanted only one thing: him. Lucas was sure she was lying, but he wasn't about to resist her tempting offer.

Kelsey knew trust didn't come easily to this rugged rancher, but she had come to the Triple C seeking the truth about Lucas's past and was determined to get answers. But soon she started wishing Lucas would ask the one magical question every woman longs to near ....

SONS AND LOVERS: Three brothers denied a father's name, but granted the gift of love from three special women.