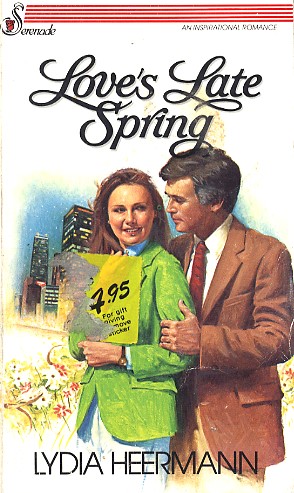 John couldn't understand why he felt this way. She had always been there, as much a part of him as--as his mother. They had been friends for as long as he could remember. She was always just "Paula," his companion. Their near brother-sister relationship had continued through their school years--until Amy.

Amy! The hurt was still there, but buried a little deeper. The throbbing, sharp pain was replaced by a dull, nameless ache. He still missed her so very much. How well he understood Connie's feelings when she heard the sound of her mother's piano.

Yet--the irrevocable truth remained--Amy was gone. Never again would he touch her face or hold her in his hungry arms. He thought again of catching Paula as she slipped on the icy pavement. He had breathed deeply of the fragrance of her silky hair. She had felt so soft, so warm, so utterly feminine.

Is that the reason my heart almost stopped? he thought. Because my arms ache to hold Amy? Or, dear Lord, can this be true? Can a man love two women at the same time?"