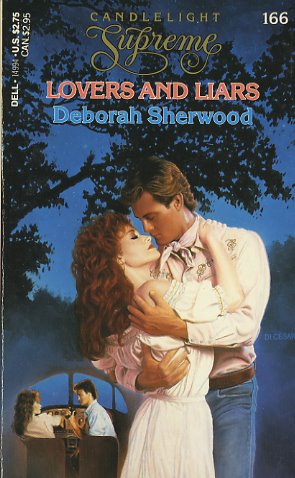 Share:
Flame-haired flight instructor Farrell O'Connor was furious. It was supposed to be an easy job: fly to Tulsa, demonstrate a new plane to playboy-adventurer J. D. Collins, get his signature on the bill of sale, and go. But when the infamous J. D. refused to appear, she'd let a rugged ranch hand show her the town--and charm his way into her heart. And now the truth was out: her sweet-talking new friend was none other than J. D. himself! Outraged at his deception, Farrell was forced to stay. Swept into dangerous intrigue, forced to fly a menacing mission at gunpoint, what could convince her that a reckless deceiver could offer devotion, that lies could lead to a lifetime of love?