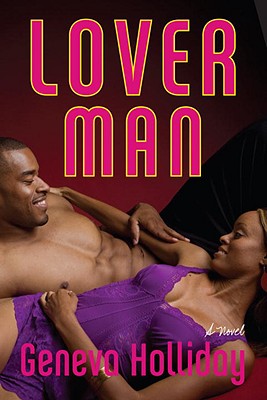 Share:
LOVER MAN finds two of our girls lusting for Mr. Right... but the trouble comes when there's more than enough of him to go around.

After two years in Antigua, Crystal has had enough. Neville is her son's father, her best friend, and her sometime lover, but Crystal realizes she wants more. And that "more" struts into her life at just the right moment. Claude Justine, widowed with a three-year-old daughter, has movie-star good looks, an athlete's body, and cash to spare. After a short and steamy long-distance courtship, Claude lures Crystal to his lavish New Jersey mansion and introduces her to a jet-setting world where no pleasure is spared and every desire is met.

Karma Jackson, newly made over and back in New York after a scandalous affair in Europe, secures a position as an assistant to the president of a hedge fund. On the prowl for someone who can give her what she wants, the way she wants it, Karma falls for the cocky and irresistible C.J., and the two begin a secret fling.

Geneva, now living in Brooklyn, listens to both women's tales of impromptu helicopter rides and lingerie sprees, failing to make the connection between the two men. But when Claude's web of lies starts to unravel, the truth is even more outrageous than any of them could have imagined...