Love, with Noodles — Harry I. Freund 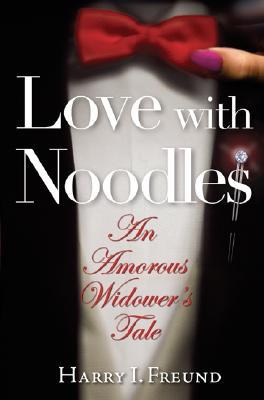 Share:
Stockbroker Dan Gelder (60) has a posh Fifth Avenue address, is two years a widower, and remains faithful to his deceased wife. Numbed by grief, he is annoyed -- not flattered -- by the attentions of the women introduced to him by friends. Then he meets Violet Finkel. And Susan Klein. And Myra Cox. And Tatiana Andrevsky. Violet tempts him with limitless luxury and then with truly profound affection, which he discovers on a journey with her to Jerusalem. But plumpish, pretty Susan offers him cookies in her kitchen, while Myra, an activist dedicated to the cause -- and jewelry -- of Native Americans, tests the strength of his lower back. Exotic Tatiana weds beauty to mystery, and grace to pride, as she strives to overcome a Russian immigrant's poverty for herself and her young son. Dan's son, Eric, meanwhile, is facing bankruptcy, which Dan can handle more readily than Eric's marriage proposal to the non-Jewish Carol Hoffman. Forced to examine this unexpected crisis in terms of his own faith and his Jewish heritage, Dan at sixty finds that more than his libido has been renewed. This comic, yet wise, delightful novel views the follies and fallibilities of romance at a certain age -- serving up love deliciously, with noodles.