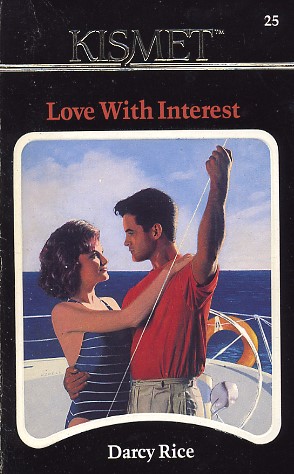 From the minute she walked into her office, Stephanie Robinson knew it was going to be a long day. An irate client was waiting with a check for twenty-five thousand dollars--a check that had bounced. A quick search of the computer files revealed the devastating toll: Stephanie's firm was missing forty-sewn million dollars of its clients' money!

Then a tall, attractive attorney strode into her office. Elliot McKeon's warning was crystal clear. If Stephanie and her boss didn't replace the missing cash within the next week, they would be arrested and charged with fraud. In the meantime, Stephanie would be detained under the watchful blue eyes of Elliot McKeon.

With Elliot as her stern escort, Stephanie flew to the Caribbean to find her boss. Amid the whispering palm trees and turquoise seas, she discovered much more than she'd bargained for. Elliot's kisses awakened the woman within, a woman with desires and dreams. His steely blue eyes held a passion that electrified her, even as his suspicions hurt her. Suddenly Stephanie's life was in jeopardy, and the only person who could saw her was a handsome lawyer who refused to trust her!