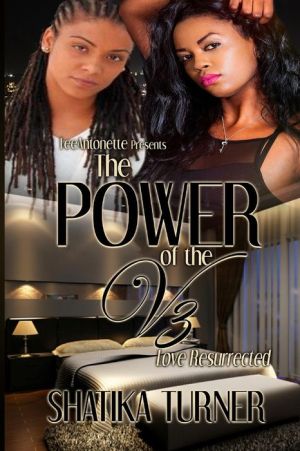 Share:
In the last installment of The Power of The V series, will Saroya and Asja survive the test of time, love and heartbreak? These two have been through hell and back. They know this, but they can not seem to leave each other alone. Asja finds herself dealing emotionally, physically and mentally with Jermaine’s actions. He’s torn her heart to the core. She sees no future for herself, love or the resurrection of her heart. Having to have someone care for her every day has brought her to a state of mind where love and a future were not wanted. But, there’s always that one person that will do anything to go against the grain. Saroya has never had the ability to leave well enough alone. This time, her curiosity has hurt more than the cat. She has pledged to uplift and give surgery to a heart that was hers all along. Before that can happen, she’d love one last round of “Whose Is It?” After all, she is single, right? Both women love each other, but will either of them love themselves more? In the war of love, who will win?