Love on the Run — Katharine Kerr 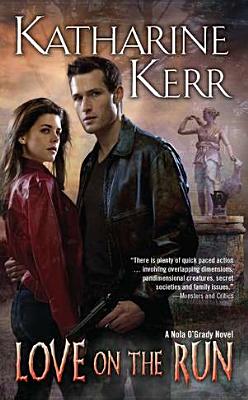 Nola O'Grady is sick and tired of psychic squid-images following her everywhere, waving their tentacles and generally making nuisances of themselves. She and her partner, Ari Nathan, have a dangerous job on their hands, hunting down two criminals who have escaped into another level of the multiverse, the San Francisco of Terra Six.

Terrorists have turned parts of that city into a deathtrap -- religious fanatics, yes, but from what religion? Nola suspects that the Peacock Angel Chaos cult lies behind the bombings and mass murders. As she gathers evidence, she finds herself face-to-face with part of her own personal past that she'd prefer to bury forever.

And by the way, just who is it that keeps trying to kill her?