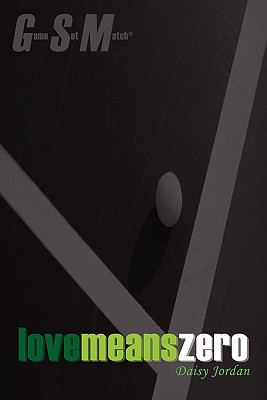 A chance encounter in a Rome hotel, two tremendously damaging photographs, and Hilton Joliet's life is instantly altered. Previously working a dead-end job as an assistant in a portrait studio, she is now a freelance photographer for Game Set Match magazine, "the Us Weekly of tennis," as she calls it. Thrown rapidly into a jet-setting life of world-class tennis, the best seats at the best matches, and trailing the hottest young tennis stars and their model and actress girlfriends, Hilton, a former tennis player herself, can't imagine a more fun job or a better way to jump-start her career while her boyfriend Luke finishes law school. As Hilton spends more and more time away from home, grows closer and closer to Tanner Bruin-the world-ranked No. 3 player on whom she's always had a huge crush-and becomes more and more hated by Aubrey Gage-the actress girlfriend of world-ranked No. 6 player Haidin Bayliss-Luke keeps a secret from her that could drastically change their six-year relationship. It is through Hilton's discovery of that secret, her love for the tennis tour, and her front-row glimpse into its most high-profile relationships that she starts to see how love doesn't always mean near as much as she thought it did. Daisy Jordan is an obsessive tennis fan and wrote this book so she could live out her dream-job fantasy through Hilton. Before deciding to write a book about the tennis tour, she wrote six other books, including Everything Happens for a Reason..., the Spin the Bottle series, and All That Sparkles Isn't Real Sapphire. Even before that, she grew up in Indiana watching tennis all summer every summer on TV, and even attended a few pro tournaments. She now lives in Denver and religiously fills out brackets for every Grand Slam with her brother Josh.
Reviews from Goodreads.com