Love Is An Eagle — Barbara Cartland 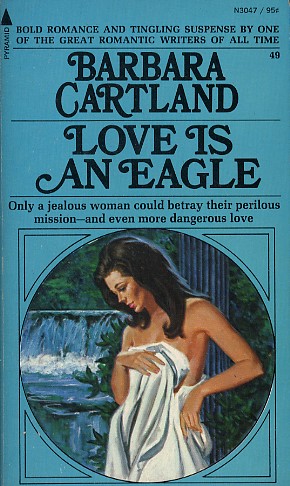 Armand, Viscount Sherringham, first saw the beautiful young Comptesse bathing in a magical moonlit wood near Paris. And the worldly Armand knew this was the one woman who could make his life a glorious and exciting adventure.

But Armand was a secret agent, sent to spy out Napoleon's plans for invading England. How could he involve the breathlessly lovely Reve de Valmont in his dangerous mission?

When disaster struck, it was Reve who saved his life. It was Reve who gave him a daring double disguise that must deceive the Emperor Napoleon himself!

Now a gorgeous, sophisticated Frenchwoman suspected the truth--and she had vowed to destroy them both!