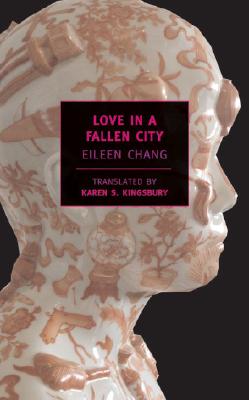 Masterful short works about passion, family, and human relationships by one of the greatest writers of 20th century China.

“[A] giant of modern Chinese literature” –The New York Times

"With language as sharp as a knife edge, Eileen Chang cut open a huge divide in Chinese culture, between the classical patriarchy and our troubled modernity. She was one of the very few able truly to connect that divide, just as her heroines often disappeared inside it. She is the fallen angel of Chinese literature, and now, with these excellent new translations, English readers can discover why she is so revered by Chinese readers everywhere." –Ang Lee

Eileen Chang is one of the great writers of twentieth-century China, where she enjoys a passionate following both on the mainland and in Taiwan. At the heart of Chang’s achievement is her short fiction—tales of love, longing, and the shifting and endlessly treacherous shoals of family life. Written when Chang was still in her twenties, these extraordinary stories combine an unsettled, probing, utterly contemporary sensibility, keenly alert to sexual politics and psychological ambiguity, with an intense lyricism that echoes the classics of Chinese literature. Love in a Fallen City, the first collection in English of this dazzling body of work, introduces American readers to the stark and glamorous vision of a modern master.