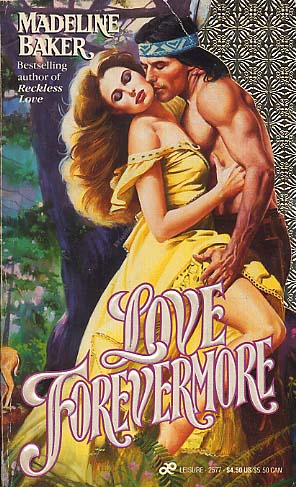 Share:
The West -- it had been Loralee's dream for as long as she could remember, and Indians were the most fascinating part of the wildly beautiful frontier she imagined. But when Loralee arrived at Fort Apache as the new schoolmarm, she had some hard realities to learn... and a harsh taskmaster to teach her.

Shad Zuniga was fiercely proud, aloof, a renegade Apache who wanted no part of the white man's world, not even its women. Yet Loralee was driven to seek him out, compelled to join him in a forbidden union, forced to become an outcast for one slim chance at LOVE FOREVERMORE.