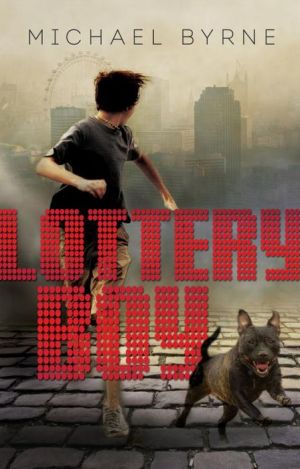 Share:
In a gripping thriller with a hint of Oliver Twist, a street kid and his dog are chasing an unlikely fortune -- and dodging the thugs who would steal it.

Twelve-year-old Bully has lost his mum and his old life. Living rough on the streets of London with his dog, Jack, he can't imagine a future. But one day he finds, tucked inside his most cherished possession -- the last birthday card his mother ever gave him -- a lottery ticket he bought her. And it's a winner. A big winner. Suddenly there's hope, if only he can get to his prize on time! But just as Bully's prospects open up, peril closes in. Now ruthless gangsters are in hot pursuit, and everyone wants a piece of him. Whom can he trust to help him retrieve what's his? And even if Bully does claim all that money, will he really be winning what he needs most? Michael Byrne's thrill-packed debut delivers the emotionally charged story of a boy whose luck has changed for the better, if only he can survive long enough to claim it.